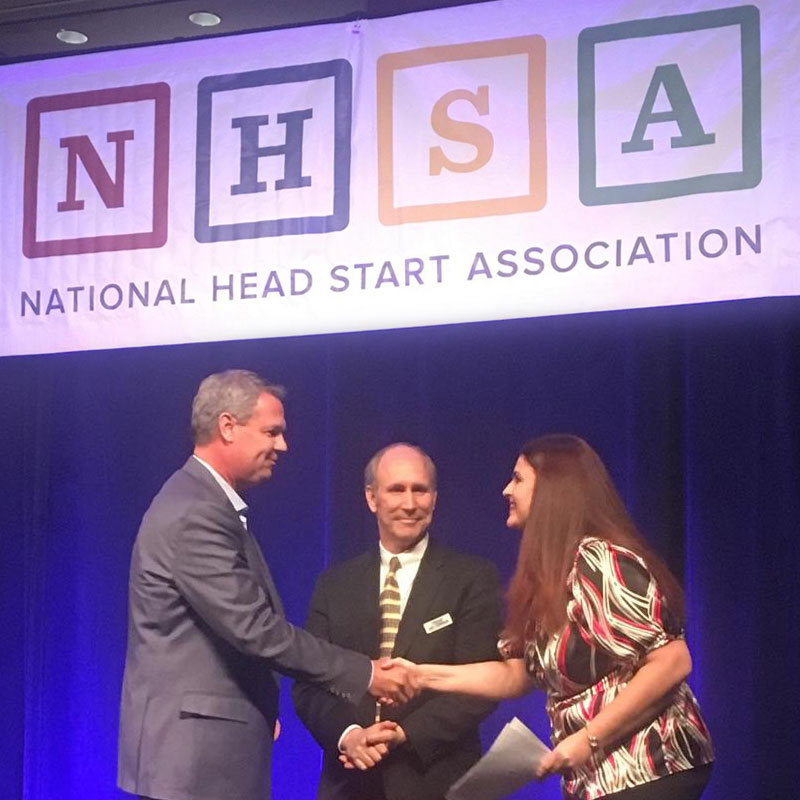 Excelligence® Learning Corporation, a leading provider of educational tools and solutions to early childhood and elementary school teachers and parents, has once again partnered, through Discount School Supply (DSS), an Excelligence company, with the National Head Start Association (NHSA) through its Dollar Per Child Campaign to provide nationwide support for the nearly one million children currently in Head Start and Early Head Start programs. Building on a nearly twenty year partnership between DSS and NHSA, this year’s donation brings the total to $950,000.


Head Start/Early Head Start has improved the lives of more than 32 million children and their families since its inception, and exemplifies the national commitment to give every child, regardless of circumstances at birth, an opportunity to succeed in school and in life. Jay Lerman, NHSA Treasurer and Director of Strategic Partnerships at Frog Street, also an Excelligence company, noted, “It is both an honor and a responsibility to work with NHSA on behalf of our country’s most vulnerable children and their families, and a privilege to represent a company that supports this work with more than just words.”

Through the Dollar Per Child campaign, which aims to raise one dollar for each of the one million vulnerable children Head Start serves each year, NHSA ensures that the voices of at-risk children and their families are heard. Dollar Per Child funds are used to amplify a unified voice, advocacy, and representation of all Head Start Children in Congress and on Capitol Hill, along with outreach and education to the public about the program.

Commenting on its long-term partnership with the NHSA, Dipak Golechha, Excelligence’s President, said, “Millions of American children have benefited from the critical window of opportunity for education success that is provided by Head Start and Early Head Start programs. Discount School Supply is proud to continue its financial support through the Dollar Per Child program and, as we approach our twentieth year in partnership, look forward to breaking through a Million Dollars and beyond.”